Omaholic Series Goes All Out With 5 Million Dollars as Guarantees 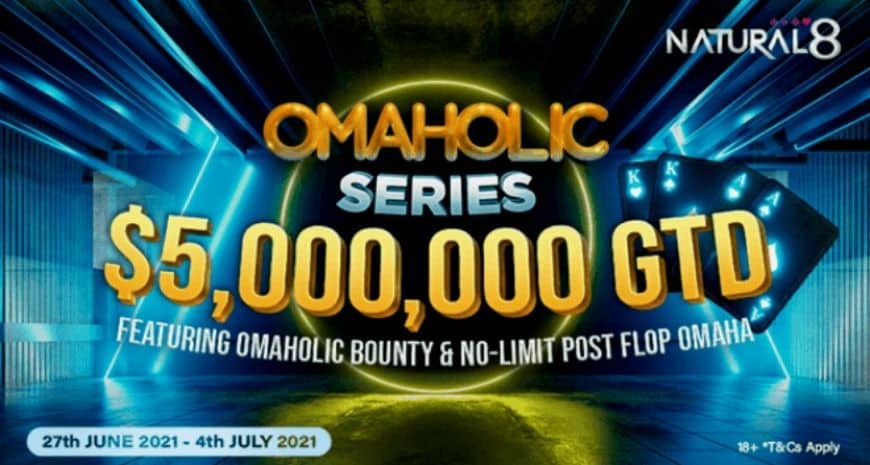 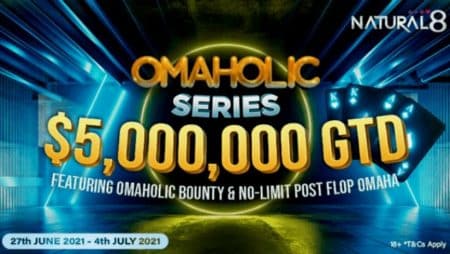 The Omaholic Series is slated to begin from the 27th of June and continue till the 4th of July 2021. The second edition of the series has got Omaha poker tournament fans all hooked. March 2021 saw the launch of the first edition of the games. One that went on to become the largest of the Omaha poker festivals played online during the time. The upcoming event will be an 8-day affair. This is where every fan will have an opportunity to play for the series of Omaha poker tournaments as much as they can. The daily favorites will reap in guaranteed prize pools as usual. This will be boosted by offering extended value for buy-ins for every player. Newbies do not have to worry about never having played Omaha poker as it is a variant of the usual poker games. The rules and regulations are quite alike for general poker and Omaha poker.

The usual two cards are replaced with four-hole cards for the players of Omaha poker. The best hand has to be chalked out from two of the four-hole cards, and three cards need to be selected from the five of the community cards. The major difference being the increase in the possibility of multiple hand combinations. This aids in escalating the level of difficulty making the game even more thrilling and exciting.

The main event concerning the Omaholic bounty of 52.50 dollars is the highlight of the second edition of the Omaholic series. The final stage will see a whopping guaranteed prize pool (GTD) of 400,000 dollars for the best of the players of Omaha poker. Knocking out competitors at the bounty event will fetch in bounty rewards for each of the players at the series. An instantaneous cash prize is in the loop for knocking out per player, while the respective player’s bounty is also set to rise at the very moment. Players from all bankrolls are set to be catered for the Omaholic Series, much to the likes of the events of Natural8. The buy-in starts from as low as 10.50 dollars at the 8-day gala event with 6000 dollars as guarantees for the Omaholic Bounty Cooldown. The figure is set to rise to 5,250 dollars Omaholic Bounty SHR for the highest buy-in. This would fetch guarantees of 150,000 dollars.

The series has also chalked out plans to let more people a shot to fame with the inclusion of multiple satellites as an offer. This includes budget and high-stake player buy-ins to suit a range of buyers. The format of no-limit post-flop Omaha is set for a return at the second edition of the series. One that was eventually started for the first Omaholic series in play. The flop will be preceded by applying the pot-limit rule for every action undertaken. The limit will cease to exist after the flop, where players can bet to their heart’s content.

Poker News
Why Were Bitcoin Faucets Invented?
2 months ago
0 629

Poker News
How to Choose the Best Crypto Poker Site?
4 months ago
0 498