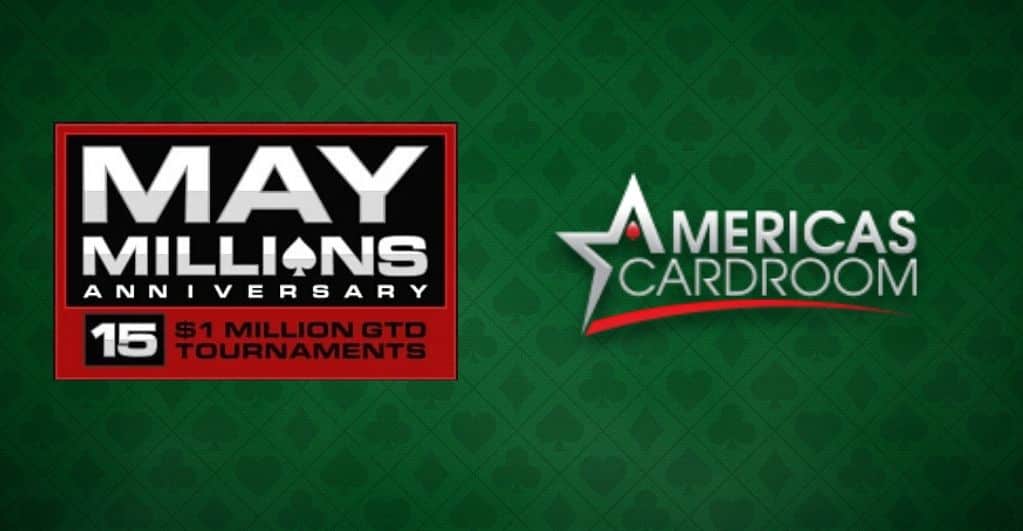 The grand celebration of May Millions anniversary

Celebrate the holidays and weekends of May at Americas Cardroom, the hottest online website of poker games, and more. Join in the trending May Millions Celebration for rich thrills and excitement beyond imagination. The total guarantees of the celebration are worth $30 million, and these guarantees are offered to the players over May. There will be three $1 million tournaments every Sunday, making a grand event worth $15,000,000! Americas Cardroom believes in flexibility, and so there are modest tournaments too every day in May. How amazing is that! Take part in the tournaments that have been designed especially for players who have been with Americas Cardroom for a long time now and have stayed true even during the rough patches of software crashes and so on. The rough days are long over for Americas Cardroom with the introduction of Venom, OSS XL, Online Super Series, and High Five Tournament Series. So, chuck the quarantine blues this May, and gear up for the most enlivening Poker games ever!

Poker News
Why Were Bitcoin Faucets Invented?
9 months ago
0 1683